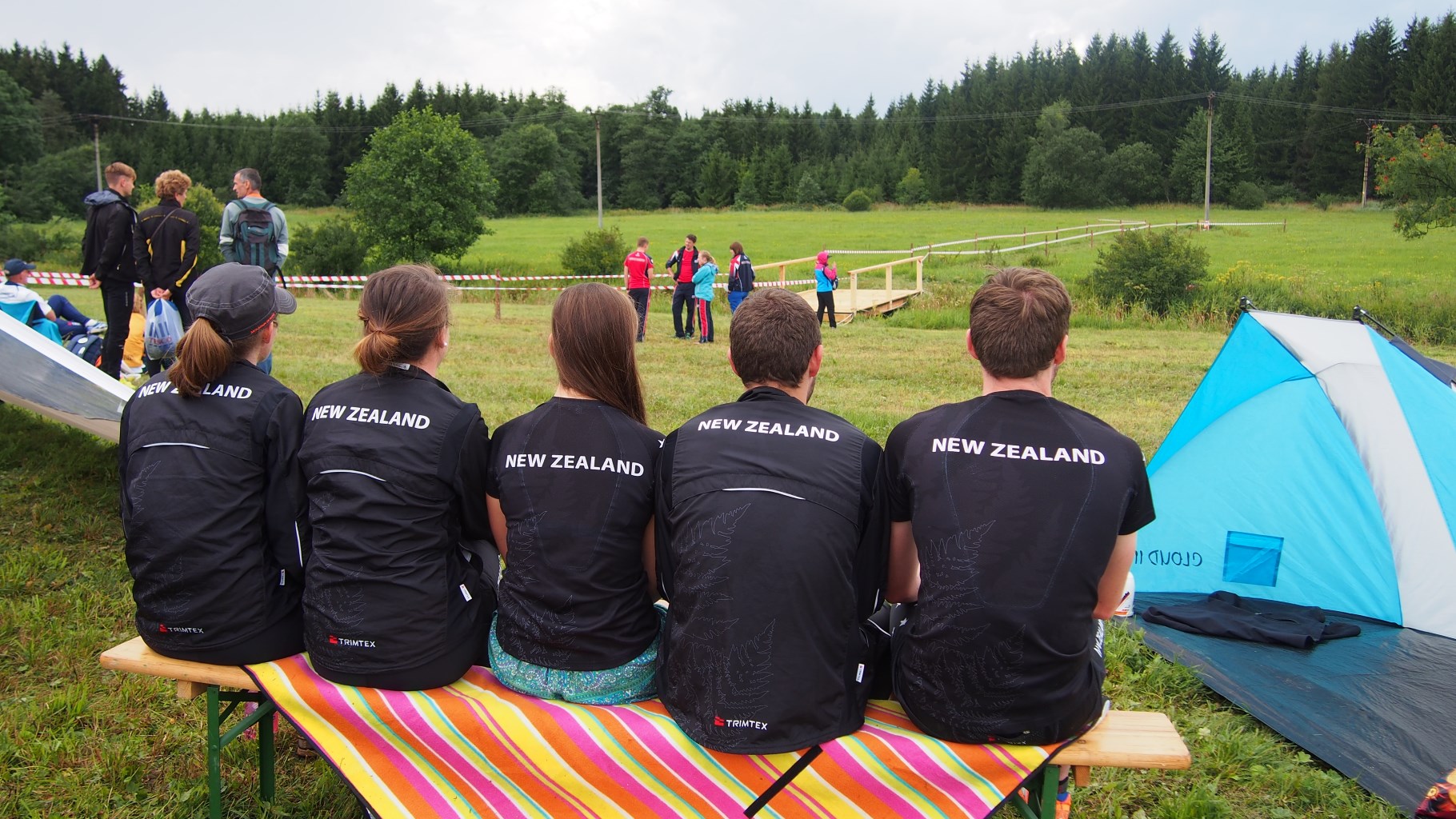 Long – The long was a physical, steep race with two main route choice legs for the girls and three for the boys. The route choices were either very steep and straight or very far around and it was difficult to weigh up the options. We all found the physical terrain difficult and were impressed by the winners’ strength.  Gene had our best result, with 23rd, and Laura also did well, with a 26th place.

Sprint – The sprint started off in the zoo, and the main deciding legs were a route choice out of the zoo (which everyone had predicted would be the case, but not quite where), and a brutal uphill leg towards the finish, which to top it off had TV cameras that were broadcast on the big screen at the finish and will be on Czech TV… Out of the zoo had two options, downhill through a steep valley, then a lot of climb, or heading back out via the previous three controls to a relatively flat route to the left. Most of us saw the straight route first and went for it. I saw the left option but wasted the advantage by taking too long to make the decision to go for it. Stand out performance was Laura in 11th place.

Middle – A flat, technical course utilising the contrast between the fast open forest and the very slow green with low visibility. Compass use was really important as it was so flat and vague, and if your exit direction was even slightly off even on the short legs you could waste a lot of time.  Comparing splits it was obvious to see where each of us had temporarily lost concentration or been distracted during the course, as you lost time quickly in those areas. The small watercourses were really useful for navigation, and the rides were not, as they were difficult to distinguish from both the surrounding terrain and each other. Top performances were Matt in 26th and Laura in 28th.

Teams for the relay tomorrow are Gene, Matt, Jourdan for the boys and Laura, Renee, Tessa for the girls. The relay is on the same map as the middle, so we are expecting a technical, fast end to the week’s racing, with lots of potential for carnage.