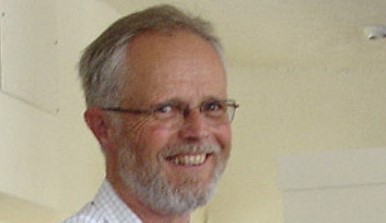 John was best known for his passion and skill at planning and organising.

This was shown in his regular planning, controlling and coordinating of orienteering events from about 1977 to 1987.

I also knew John from Auckland Cycle Touring Club where he also introduced meticulously planned cycle tours of the South Island. John also arranged a group of about 30 assorted associates to attend opera. He was an Ardmore graduate in engineering, worked for ARA water supply, now called Watercare. He organised an annual excursion for a run of Rangitoto and Motutapu known as the Rangitoto Romp. Also, score events for Business House runners.

But, back to orienteering.

In early 1977, when Central Orienteering Club was on the verge of collapse due to dwindling membership and lack of volunteers, John Gregory was one of a committee of 5 that set about reviving the club and within half a year increased senior membership from 15 to 85.

John was Central Club president from Dec 1980 until Dec 1982, setting a fine standard for the next president (me) to live up to.

He was mapping officer 1979 to 1982, including initiating the first map of Shakespear Regional Reserve in 1977.

He was the club designated transport coordinator, in 1980 organised a tour group to Australia.

There’s not many jobs John didn’t do. He was the club’s equipment officer, managed training for event planners, created night events in Woodhill Forest, and organised his wife Briar to be the club secretary in 1983. He introduced his daughters Fiona and Sarah to orienteering as soon as they could walk.

John also took his pet dog, Meg with him orienteering. There were some accusations of cheating and a few concerned letters to magazine editors demanding that dogs be banned.  Meg was very skilled at following scents to controls.

John was in the NZ team versus Australia 1980, was 1st in the M45A grade 1987 OY with 100 points and represented NZ in an Australia v NZ Challenge.

In the late 1980’s I noticed a minor irregularity in John’s running gait, quite likely an early sign of the Parkinson’s disease that caught up with him 20 years later.