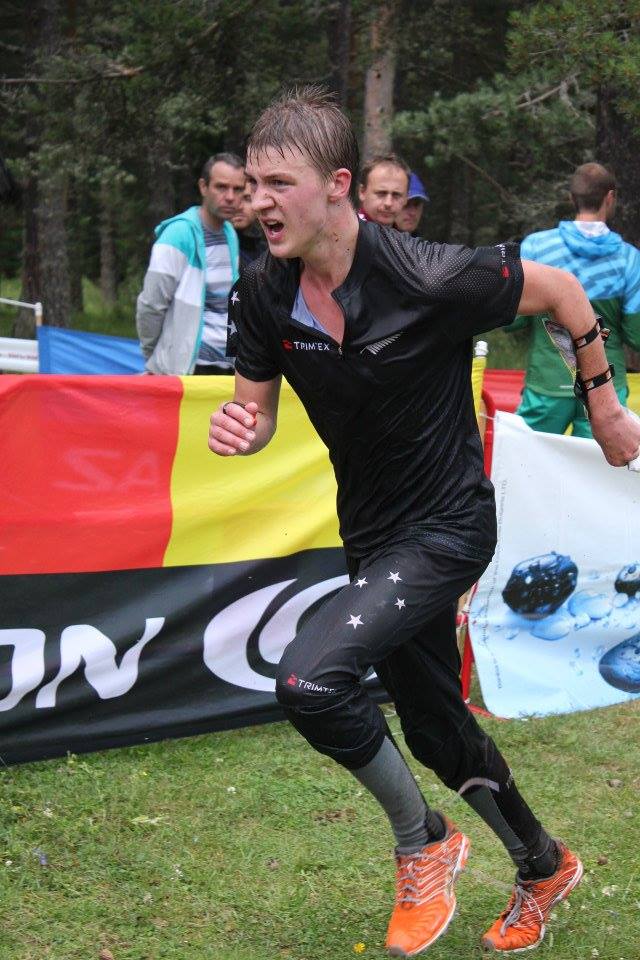 My training build up for JWOC has been a bit harder mentally this year so far than in previous years. Over a month ago was nationals; I had been training well and was feeling confident in how my fitness and navigation had been progressing. After results from nationals which I could be content with I was motivated to get into some good speed work early on that I had missed out on when preparing for JWOC last year. Unfortunately I have had to postpone my main speed work yet again and focus on a lot of strengthening instead.

About half way through the set I didn’t see a hole in the ground through the long grass. I went over on my right ankle heavily hearing two distinct cracks; I hopped back to my car, rushed home and got ice onto it ASAP, then fearing the worst I got my mum to drive me straight to the hospital to get it checked out. After waiting around I get x-rayed and have to sit nervously for another hour as I wait for someone to have time to look at them properly.

Fortunately nothing was broken or torn, although my tendons had been damaged quite badly. I was issued crutches and some painkillers and anti-inflammatory pills then sent on my merry way.

Recovery has been taking a long while as I was unable to walk for the first 4 days, although that didn’t stop me from doing core and strength training. As soon as I was able to start to walk again I began going to the physiotherapist to assess how long my recovery would take. The initial assessment was that it would take me 3 weeks before I would be allowed to run again, which was pretty much spot on how long it took. I started running again on alternate days at first to ensure my ankle was holding up and not getting overworked, it was a bit of a hassle having to ice after every run though, but a week later I was finally able to do an event again, I had been missing orienteering so much!!!

Although I’ve had to take quite a bit of time off running to recover I have not been idle in my training, I have been doing some cycling, swimming, and aqua jogging to keep my fitness up. It’s actually been kind of nice to have had a break from running all the time. I have also increased the intensity as well as the quantity of my strength training to condition my legs for running in the Norwegian marshes. I’ve mainly been focusing on working my quads and hip flexors and targeting the main core muscles and I have noticed a reasonably significant improvement over the past month.

In case anyone is curious as to what I do for strength work here’s an example of one of my hardest sessions which I did last Wednesday:

Then I’d lie down exhausted before going to find something to eat!

However it’s not been all good with recovery. It’s been quite taxing on me and I’ve found it difficult to keep my motivation for training up with the injury, and so my sleeping and eating patterns have ended up becoming a complete mess, I’ve often only been getting to sleep around 3am and I frequently forget to eat, but it’s started to pick up again the last day or so and I’ll hopefully be back into a proper schedule before I leave NZ.

I have been building back up to speed fully the last 2 weeks and I’m feeling fit and strong which is a good sign, although I do still have to be careful on my ankle.

On Sunday I did an Xterra trail running in which I placed 2nd in my grade. 90% of the climb was in the first couple of kilometres of the race, and my squats seemed to have been paying off as my quads weren’t phased at all by the hills. I’m pleased with how my running is progressing all things considered and I feel I am prepared to give every race my all when the time comes.

I’m now into my finally stages of preparation before I head off for the world cup, getting plenty of navigation training in with catching features, making sure I’m up to speed with some higher intensity intervals and working on my race plans.

I’ll be doing another post soon about what I’m planning on getting up to in Europe this year so stay tuned!