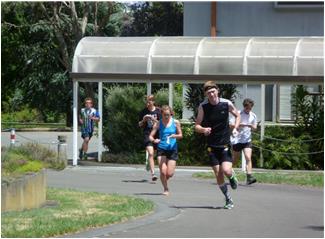 New Year – new challenges. With much of 2015 devoted to getting a High Performance plan finalised and adopted, the on-going issue in 2016 is to make that plan both a reality and a success. Organizationally this means getting the different levels of squads functioning well and providing the training and coaching that is needed to ensure success at competitive level. As shown by the Development Camp in Auckland before Christmas, much of that work is already underway, but to ensure this continues it is crucial that everyone with an interest in HP is prepared to play their part. Indeed, one emphasis in the HP plan was that all members of the Senior and Under-23 National Squads should be prepared to helping with training, coaching and mentoring. So if this was not part of New Years’ resolutions, now is the time to add it.
Although it already the end of January many will already have started their 2016 orienteering with Southern O Week amid the splendour of the lower South Island. This will now be followed in rapid succession by the W6 Waitangi Sprints in Wellington, which will also kick of the 2016 SuperSeries, then already we will be into the build-up for the JWOC and WOC trials, and the Nationals.

To further emphasise the teams’ aspect of the SuperSeries it has been decided to include the ONZ Relay Championships as an event in the teams’ competition. All club teams in the Long Relay from each of the three regions (Northerners, Central Scorchers, Bivouac Southerly Storm) will be counted as part of the SuperSeries. The final list of SuperSeries events is therefore:

Note that in WRE, World Ranking points can only be awarded to athletes who are officially entered in the M/W21E grades even if M/W20E are on the same courses.

As announced in December the camp will consist of two parts. It will start with 2 days of sprint raining based in Wellington on Saturday and Sunday 16/17 April and then move to a base in Masterton to access a variety of maps in the Wairarapa from Monday 18 through Thursday 21. As NWOC will be holding events over 16/17 April there is the possibility for those who wish to attend only the second part of the camp to join up in Masterton on the evening of the 17 April. A form asking Senior and Under-23 Squad members to signal their intentions will be sent out very shortly.

The first (and principal) JWOC Selection Event will take place over the weekend of March 5/6 on the Smedley Station map in Hawkes Bay. For those travelling the nearest accommodation is in either Waipawa or Waipukurau. Details of the events are as follows.

Directions: travel down State Highway 50 to Smedley Road, then 11.5kms down Smedley Road to the end and enter Smedley Station.

The Sunday event is also a HBOC OY and a full range of courses will be available for others.

Entry fees yet to be decided but can be paid at the event. However, it is essential that all those wishing to run in these events forward their names to the Convenor of Selectors, Al Cory-Wright ([email protected]). The second selection event will be the ONZ Championships at Easter, the W6 sprints at Waitangi Weekend are not a selection event.

In top level international orienteering (i.e. at World Cup and WOC) the start draw is extremely important. There is a much higher chance of performing well if you start amongst better athletes than if you have those of lower ability around you. At WC and WOC start draws are based purely on World Rankings with runners starting in reverse order of WR (at WOC these are shuffled a little, but the premise is the same). The same is also actually true in WRE themselves – start draw in reverse order of World Ranking. World Ranking therefore becomes important for ensuring a decent start position which will increase the likelihood of a good run and give a further boost to that ranking.

The majority of New Zealand orienteers do not very often get the opportunity to run in overseas WRE where they can acquire the points needed to improve their rankings.  Domestic WRE’s are therefore crucial in giving them the opportunity to do this. Ideally these events are chosen to try and maximize the points that Kiwi athletes can get – events with strong fields. These are largely events where we tend to have other than purely local fields – major summer events when there may be visiting overseas athletes, ANZ Test Matches where we have the Aussies present, and normally the ONZ Champs where there is a full domestic entry.

However, it actually costs ONZ to host a WRE – we have to pay IOF a sanction fee for each such event. The total for the four such events to be held in 2016 in nearly $2000 – about $500 per event. Not much really, but let’s make sure we maximize the benefit we get from these events by having big fields – first up W6 Event 4 at Waitangi weekend, then 2 events at Queens Birthday.

This is a reminder that any one competing in WOC and World Cup Events in 2016 needs an IOF Athletes Licence. All the information regarding this (including the application form and how to pay the Eur30 that it costs) can be found at http://orienteering.org/athletes-licence/ . The licence must be obtained before running in any of the relevant events. 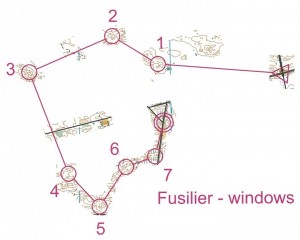 he Wellington Regional Squad was the first (I think) of the squads announced in November to host a training weekend (over the 29-31 January). This was based at Waitarere Beach at and was attended by about 20  orienteers including national Senior and Under-23 squad members as well as juniors from the WR Junior squad.

The exercises covered a range of techniques including route choice for sprint events, contour only, relocation, terrain recognition, and mass start intervals, and used maps including Massey University and The Esplanade sprint maps in Palmerston North, Prickly Sands at Waitarere, and a full day on Fusilier in beautiful Santoft Forest.

Meanwhile a strong contingent of Aucklanders cleaned up the Tussock Traverse last Saturday in Tongarirro National Park with Gene Beveridge, Matt Goodall and Tommy Hayes finishing an impressive 1-2-3. On the same day Penny Kane also had strong showing in the Jumbo-Holdsworth Race finishing as 4th woman.

The NZL teams for the first two rounds of the 2016 IOF World Cup have been selected.

Sprint relay team to be selected.

Men for sprint relay to be selected.