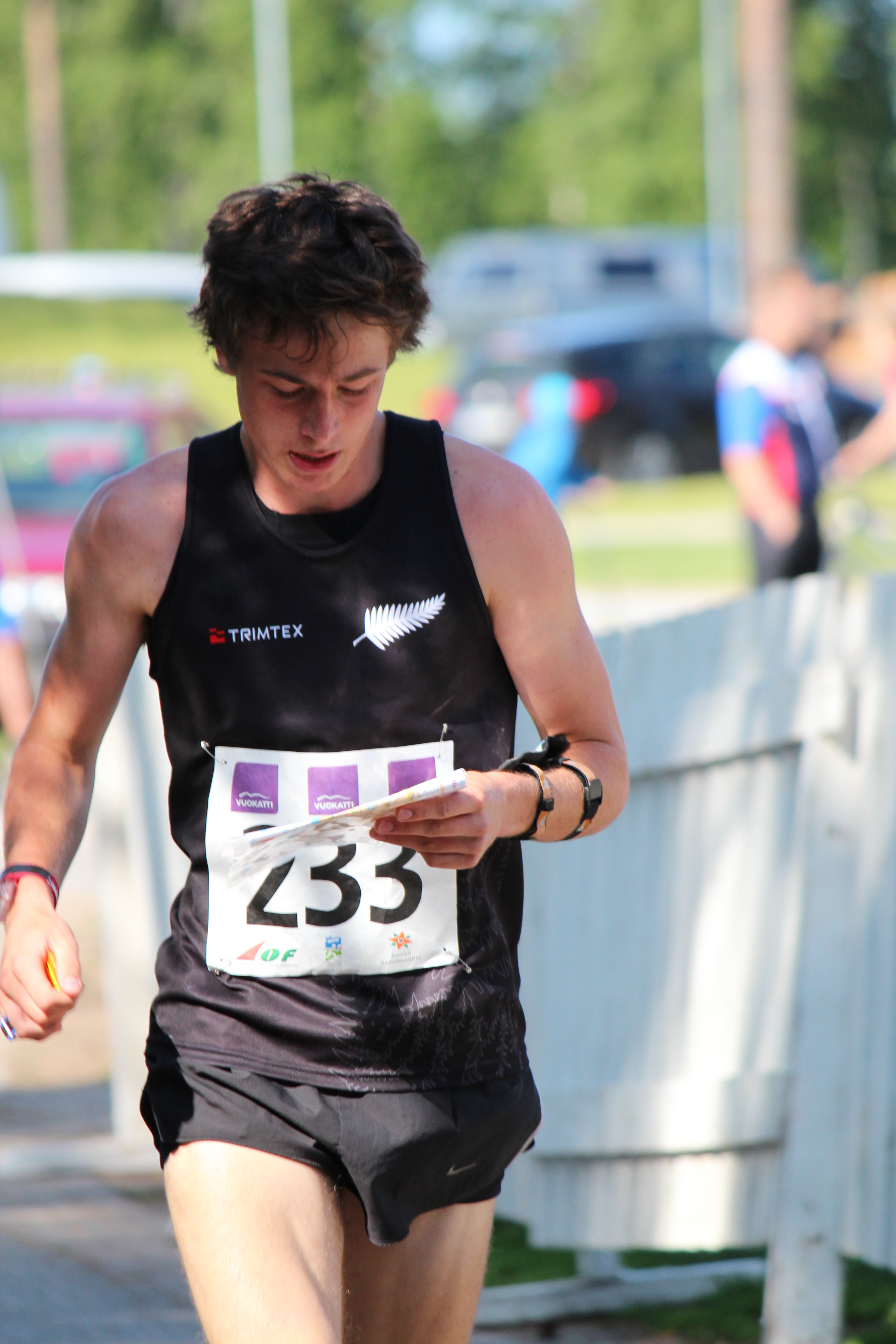 Derek Morrison (Hawke’s Bay) has received the Silva Service to NZ Orienteering, joining a highly prestigious list of recipients before him.  The award is our premier service award, honoring an individual who has contributed in a most deserving manner to the development of orienteering in New Zealand.  Derek has been involved in management of the NZ Schools Team that competes in Australia every year as part of the Southern Cross Challenge since the challenge was re-established in 2003.  The team has been successful every year and a large part of this has been the guidance provided by Derek.  In addition Derek has contributed significantly to the development of schools orienteering in the Hawke’s Bay, with large numbers of juniors coming into the sport through this work.  Derek is also an A-grade controller, having controlled many major events and Derek was one of the key people in 2013 when Hawke’s Bay organised one of the World Cup races as part of the Oceania Carnival.  Thank you Derek.

Tim Robertson (Hutt Valley) – pictured – has received the award for 2013.  Tim continued his strong form through 2013 and had a standout performance at JWOC in the Czech Republic, where he managed to win a Bronze Medal in the Sprint.  Tim represented NZ at both JWOC and WOC in 2013.  At the World Cup back home Tim managed a 20th in the Sprint, a sensational result considering Tim still has a couple of years to go as a Junior.  Tim also won the M21E Australian Championships in the Sprint in 2013.

The Presidents award is for outstanding volunteer contribution to a club (or clubs).  The winner for 2013 was Alistair Stewart (Auckland) who now joins his wife as a recipient of the award, with Joanna winning the award in its first year (2000).  Alistair can be found at almost any Auckland Orienteering Club event volunteering and alongside Joanna has been a pivotal person for the hugely successful Auckland Summer Series.  Alistair is an A-grade controller and one of the New Zealands key figures for using Sport Ident.  Over the years Alistair and Joanna have traveled around New Zealand helping some of the smaller clubs with hosting of major events.  Thank you Alistair.

The award is for meritorious performance by an individual or team in mountain bike orienteering during the year.  Marquita Gelderman (North West) took the award home once again, having previously won the award for four consecutive years from 2008-2011.  Well done Marquita.

Silva Rogainer of the Year

The award is for meritorious performance by an individual or team in rogaining during the year.  Phil Wood (Dunedin) took home the award having previously won the award in 2008 with Dennis DeMonchy.  Phil won it for his performance at the Australian Rogaining Championships.  Well done Phil.

Silva Coach of the Year

The award is for outstanding contribution in coaching during the year.  Matt Ogden (North West) gave up a lot of his time during 2013, following his own individual success at JWOC in 2012.  Matt did a lot of work coaching locally for his club but he did a fantastic job as Head Coach at the National Junior Camp, which was held by the Dunedin Club.  Thank you Matt.

Administrator of the Year

The award is for outstanding contribution in administration for either a club, Orienteering NZ or a special project during the year by an individual.  Erin Swanson (Bay of Plenty) took home the award for leading the redevelopment project of the Orienteering NZ website.  A huge amount of time and effort was put into the writing of the specification, the feedback process, the selection of a contractor and then the development with the chosen contractor.  Throughout Erin has been hugely professional and we are very thankful for her service.  Erin is also the President of the Bay of Plenty club and she was involved in the re-branding of the NZOF to Orienteering NZ.  Thank you Erin.

The Brighouse Trophy is for the best combined performance by an affiliated Orienteering NZ member in the national and provincial championships during the year by an individual.  The winner was Laura Robertson (Hutt Valley) who picked up 16 points, just ahead of Bill Edwards (Hutt Valley) on 15 points and Dave Middleton (North West) on 14 points.  Well done Laura.

Each year (starting for the 2012 year) Orienteering NZ recognises 5 volunteers who have served the federation.  Each winner for the 2013 year gets a Trimtex NZ orienteering top.

Peter Swanson (Auckland) was the Vice-President and led the strategic planning process, running a number of workshops throughout New Zealand but also engaging with a number of people in other sports.  Pete also led the re-branding of the organisation to Orienteering NZ.  Thank you Peter.

Roger Woodroofe (Auckland) contributed a lot of time in keeping the previous website up-to-date and also in working on the new website project team.  Thank you Roger.

Sarah O’Sullivan (Wellington) was the D-Squad Coordinator and organised a highly successful D-Squad camp in late 2013.  Thank you Sarah.

Brian Buschl (Dunedin) coordinated the National Junior Camp, putting in large numbers of hours in ensuring everything was sorted.  Junior Camps are a very important mechanism for both having good coaching and athlete development, but also for having Juniors from around New Zealand meet and get to know one-another.  Thank you Brian.

Malcolm Ingham (Wellington) started the year as the Oceania Event Controller, putting in huge hours traveling all around the south of the North Island and ensuring everything went without a hitch.  Malcolm also went to WOC in Finland as the Team Manager.  Thank you Malcolm.