With the qualifying criteria for the National Squads including time limits on many of the performance criteria it is inevitable that each year there will be changes to the squads, although, as has been seen this year, newcomers can be admitted during the course of the year. So, congratulations to the following who are named in the National Senior and Under 23 squads for the coming year from 1 November 2016 to 31 October 2017.

All of the above will be contacted shortly regarding their plans and programmes for 2017. 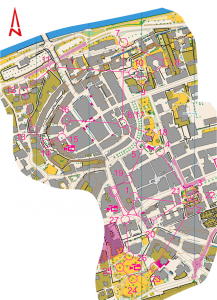 As we are now all aware Tim Robertson produced another great result in the final sprint race of the 2016 World Cup, finishing 4th in Aarau, Switzerland only a few seconds away from the silver medal. This followed finishes of 5th, 7th and 13th in the 3 previous World Cup sprints and left him 16th overall in the 2016 World Cup standings. I originally reported this as the best ever overall result by a Kiwi male in the World Cup, but my apologies go to Al Landels who finished 13th overall in 1994 – the year he won an epic World Cup race in Woodhill Forest! This followed a 17th overall placing in 1992!

Anyway, thank to Tim who has provided his personal thoughts on his achievement.

“Standing on the podium in 4th position at the final World Cup for 2016 was unreal.
Only one year ago I was standing on top of the JWOC podium never dreaming that this was possible the following year.

I decided that the next two years would be ‘building years’, especially after a 6 month break from competitive orienteering while I recovered from surgery on a dislocated shoulder. I had to think ways to keep up the motivation while my results were not at the competitive end of the field.

I was very nervous going into the final World Cup. I had not raced any sprint events since the World Champs, but instead was doing 2 – 3 sprint training sessions a week both on my own and with my club Fossum. The sprint start list was based off current 2016 World Cup Ranking with the best starting last. So I was starting in the middle with the twenty World’s best behind me. Being sandwiched between two of my idols, who I used to watch online back home in the early hours of the morning, is still something I am getting used to. But when I pick up the map all those thoughts go away and it is just another race.

The final was held in the small town of Aarau, a mixture of new town, old town and park. There was a steep hill sloping down to a river that was very technical with many terraces, underpasses and alleyways only narrow enough for one person. I had a good start, orienteering well ahead of where I was in the terrain and not making any hesitations.
However on control 10-11, a long diagonal downhill leg I couldn’t make up my mind between three different options and missed seeing a small staircase, losing 3 seconds hesitating and running the ‘slightly’ longer way around. It doesn’t sound like much but three seconds could’ve been a medal. After this leg we had a big climb back up toward the arena. It was great to have so many people lining the streets cheering every second of the way but also very hard to concentrate. I came through the arena in the current best time but Florian Howald, a Swiss runner in front of his home crowd was starting at the same time so unfortunately instead of hearing the speaker I heard thousands of local Swiss supporters cheering and swinging their cowbells. Although that was also a pretty epic rush! The last part of the course was very simple through a small park and unfortunately my speed was not high enough to match Martin and Matthias. But I didn’t mind at all, standing on the podium in 4th position was the perfect end to a great season.

I am now travelling to China to compete in the Park World Tour Competition. An event aimed to bring the top 25 best sprinters in the World and put them head to head in some very special terrain.I hope to produce some good results there and when I return I will take a break from competing, enjoy the off season before beginning my preparation for next year. 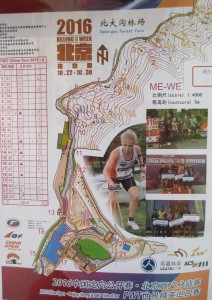 As Tim indicates above he has just been competing in the Park World Tour, a series of 4 races held in and around Beijing. In the first race (24 October), held in the Beijing Botanic Gardens, he finished 9th some 35s down on Johan Runesson of Sweden. However, in the three subsequent races held in the last week Tim has placed 2nd (Beijing Expo Park), 3rd (a middle distance in the Beijing Olympic Forest Park), and 2 nd again in the Dabeigou Forest Farm – wonderful performances again.

Billed as the most spectacular event of the 2016 calendar, Alpine O Weekend lived up to its reputation, with Craigieburn turning on fine enough weather for spectacular views of the Southern Alps. The mix of beech forest, tussock and rock with steep slopes provided a physical and technical challenge. Chris Forne and Gene Beveridge dominated the long distance in M21E, with Georgia Whitla taking out W21E ahead of Norwegian exchange student Anna Ulvensoeen. In Monday’s middle distance Matt Ogden had a 24s win over gene with Chris relegated to 3rd place, while Lara Prince had the narrowest possible margin over Anna in the women’s race, Georgia taking 3rd. 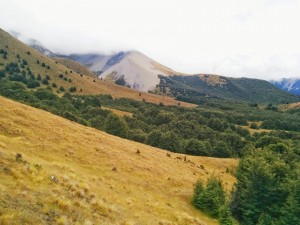 As announced on the ONZ website the trials for the team for the World Orienteering Championships 2017 will be the three individual events (sprint, middle, long) at the Oceania Championships to be held at Easter 2017. Overseas based athletes who will not be at these races need to nominate suitable World Ranking Events between 1 March and 17 April 2017. WOC itself is in Estonia in the first week of July.

Although the official announcement is still to be made, the JWOC trials will be held in the Wellington area. The dates are still to be decided as they are somewhat dependent on whether or not the trials also incorporate trials for the NZ team for the Schools Test Match to be held at the Middle Earth events after Oceania at Easter.

As announced on the ONZ website it has been decided to appoint a New Zealand based training coach to help formulate and oversee training programmes for those interested in selection for JWOC in 2017. It is hoped that this will help athletes to better prepare both physically and technically for JWOC.

In essence, once an athlete puts them self forward as a candidate for JWOC selection the appointee will help them to plan a suitable training programme and will subsequently monitor this through to the trials and, for those selected in the team, up to departure for JWOC. There is no assumption that the appointed person will actually be the coach at JWOC, but, if available, would be in a strong position to fill that role.

Hopefully this position, for which applications close on November 11, may be of interest to ex-WOC athletes prepared to help mentor our future elites.

The 2017 SuperSeries will consist of four rounds.

Round 4: June 3-5 (Queen’s Birthday) – Christchurch (formats to be decided)

With the Oceania Championships, Middle Earth and WMOC taking up the preferred time for a High Performance Training Camp it is planned that this camp will take place in the week after Waitangi Weekend (Waikaia O Weekend). The tentative plan is to have a moving camp with possibly 2 days based in/around Alexandra/Naseby and 2 days (or possibly more) based in Wanaka. Further information will be in the next HP news.